I saw the article about this in the Boston Globe this morning and was going to write a post but it is handled very well here and so I will share. File under: signs of progress. 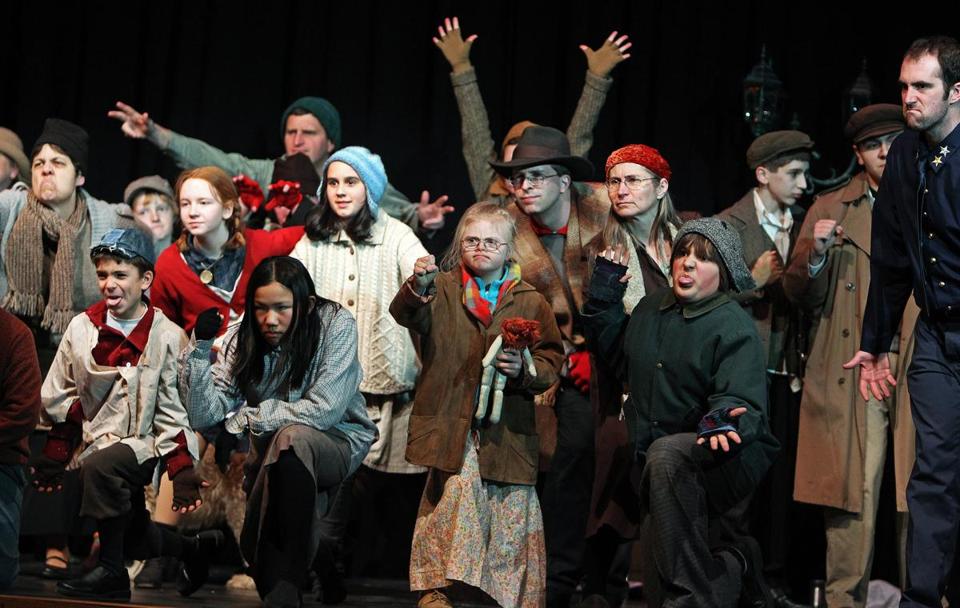 Actors at a dress rehearsal for “Annie” by the Open Door Theatre. The community theater company includes people with special needs.

When the blue curtain opens at Open Door Theater’s Jan. 19 performance of “Annie,” the show will begin, a little differently.

The house lights will stay on, dimmed. Audience members will have stress balls to squeeze during the performance. They will be free to get up and move around during the show. And if the musical feels too overwhelming, they can escape to a quiet “chill-out” room down the hall.

This matinee is the Acton-based theater’s first autism-friendly performance, modeled after similar shows on Broadway. Actors and other involved in the play received special training developed for them by the Autism Alliance of MetroWest.

“Bright lights and loud sounds and smells, for folks that have a lot of sensory issues, can be distracting and…